The Difference Between Cold and Flu

You are here:
Cold & FluHealth and Wellness 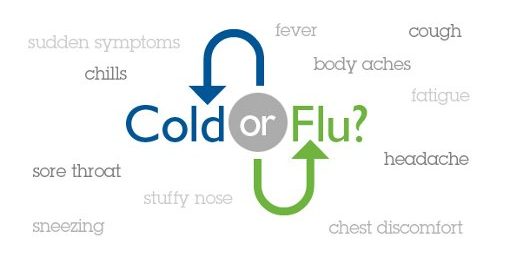 Do you know the difference between the common cold and the flu? While these illnesses both affect your respiratory system and share a handful of symptoms in common, they’re not the same.

When you or someone you care for falls sick, you may not know how to tell the difference.

So, does it matter?

The answer is yes. Influenza (the flu) tends to be much worse, with symptoms that are more severe than those of a common cold.

In addition, getting the flu can lead to serious and in some cases life-threatening complications, such as pneumonia and bacterial infections.

For those at risk of developing complications, it’s important to see a doctor as early as possible after flu symptoms appear.

Read and understand the main differences between the cold and flu, so you can get the right treatment or help a loved one do the same.

Colds are generally associated with the following symptoms: 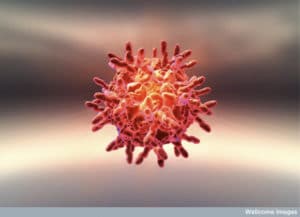 The rhinovirus is the virus that is usually behind these symptoms. It’s contagious and is passed from person to person through airborne droplets that contain the virus. You can also catch a cold by touching something that someone with a cold has handled, and then touching your eyes, nose or mouth.

Cold symptoms come on slowly and do not cause severe exhaustion. While a cold can cause a mild-to-moderate fever, it’s rare to experience a high fever when you have a cold.

With a cold, you might just feel a little off, and you should bounce back quickly—within a few days. However, cold symptoms such as sniffles and sneezing can drag on for up to two weeks.

Though flu symptoms can seem similar to cold symptoms, they tend to come on much more quickly. They’re also recognizably more severe. When you catch the influenza virus, you feel it in your entire body. You feel totally knocked out, and in most cases, you’ll also experience a high fever. 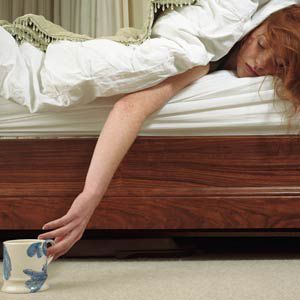 Flu symptoms tend to last longer than cold symptoms, and can be intense for up to five days, with fatigue and weakness lasting two to three weeks.

Older adults or people who suffer from chronic illnesses, such as heart disease or diabetes, may find that fatigue lingers even longer.

Treat a cold with over-the-counter medication.

Colds may be contagious the day before symptoms appear and for five to seven days after. It’s important to stay home and rest in order to avoid passing the cold on to someone else.

Antibiotics are not effective in treating colds, which are viral infections.

There is no ‘cure’ for a cold, but there are treatments you can use to alleviate some of the symptoms. Over-the-counter drugs are your best defense for treating symptoms when you fall sick. This includes antihistamines, non-steroidal anti-inflammatory medicines, lozenges, and decongestants. 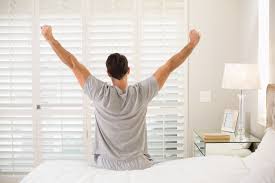 A cold should clear up within a few days. If your cold hasn’t improved in a week or you develop a persistent high fever, you should see your doctor.

Colds can lead to complications such as a bacterial infection, or trigger allergies which require medical attention.

Treat the symptoms of flu with rest and lots of fluids—but see a doctor if you’re at risk of developing flu complications.

Some adults with the flu can be contagious from about one day before onset of symptoms for up to two weeks. It is important to stay home if you have the flu in order to prevent its spread.

The only treatment for the flu is antiviral medications that are available with a prescription.  These medications work best if they are started within 2 days of the first sign of symptoms, but can still provide some benefit beyond that.  Antiviral medications can make a big difference for people who are at high risk of serious flu complications.

If you get the flu, it is important to stay hydrated and get a lot of rest. Over-the-counter medication, including pain relievers such as acetaminophen and ibuprofen, can help to treat symptoms such as body pain.

Decongestants can be used to treat respiratory symptoms, and cough syrup may help with a persistent cough.

Call your doctor if your flu symptoms persist longer than five days. 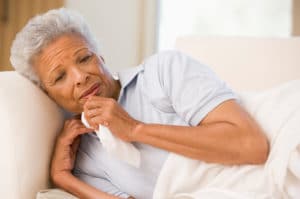 People who are at risk of developing complications include:

If you are at risk, you should call your doctor at the first sign of flu symptoms. Your doctor will likely prescribe antiviral drugs to shorten the duration of the flu and lower your risk of developing complications.

Learn how to combat the flu this influenza season, see: “Influenza Season: How to Prevent The Flu“