You are here:
Digestive DiseasesHealth and Wellness

Inflammatory bowel disease (IBD) describes a type of disorder that involves chronic inflammation of the digestive tract. Crohn’s Disease and Ulcerative Colitis are the two most common forms of IBD.

IBD can have very serious effects on a person’s quality of life, and can lead to life-threatening complications.

Read on to find out more about IBD. 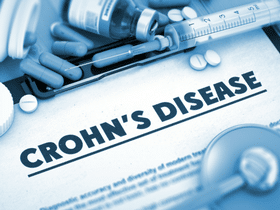 Crohn’s disease is associated with chronic inflammation in the bowel. The most common symptoms include chronic diarrhea which is often bloody and contains mucus or pus; weight loss; fever; abdominal pain and cramping; a feeling of fullness in the abdomen; and rectal bleeding.

Symptoms depend on where in the bowel the disease is present, and how severe the inflammation is. Symptoms may arise that last from days to months, followed by periods of remission for days, weeks, or even years.

Crohn’s can also cause other parts of the body to become inflamed (due to chronic inflammatory activity) including the joints, eyes, mouth, and skin. In addition, gallstones and kidney stones may develop as a result of Crohn’s disease. People with Crohn’s have a higher risk of blood clots.

Severe inflammation or gastrointestinal tract obstructions that occur with Crohn’s can be life-threatening.

In severe cases, surgery may be required.

People with Crohn’s have a greater chance of developing colon cancer; therefore, they should have regular colonoscopies.

There are a number of theories about what causes Crohn’s, but none are proven. Scientists believe that it may be caused by several factors.  Learning more about the potential causes may provide further insights into the diagnosis and treatment of this disease.

Researchers believe that a combination of three factors causes Crohn’s: 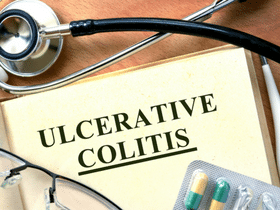 Ulcerative colitis causes the lining of the large intestine (also known as the colon), or the rectum, or both to become inflamed, resulting in the development of small ulcers or sores.

These ulcers can result in the discharge of mucus and pus, as well as blood. In addition, ulcerative colitis causes rapid movement of contents through the bowel and frequent bowel movements.

The condition typically affects people between the ages of 15 and 35, though it can affect people of all ages.

Researchers still don’t know what causes ulcerative colitis. However, like Crohn’s, the immune system is involved as is genetics and the environment.

Also like Crohn’s, ulcerative colitis increases the risk for colon cancer, so it is important to have regular colonoscopies to check for the development of tumors.

Typically, ulcerative colitis is treated via medications and/or surgery. The goal of treatment is to reduce the inflammation that causes ulcers.

Surgery involves removing the colon completely and is typically used to treat chronic and debilitating symptoms, massive bleeding, blockages, or perforation of the colon.

Knowing the different types of diseases and disorders that affect your gastrointestinal tract can help you understand your body’s symptoms. Find out more about GERD and how it could be affecting your life.