You are here:
Digestive DiseasesHealth and Wellness

When someone who has celiac disease eats gluten, it triggers an immune reaction in the small intestine.

Celiac disease symptoms include bloating, nausea, abdominal pain, and diarrhea or constipation, among others. In some cases, though, it doesn’t cause any digestive symptoms at all.

Gluten is a protein found in grains such as wheat, rye, spelt, bulgur, and barley. While a lot of people decide to go gluten-free, celiac sufferers must avoid gluten. Eating gluten doesn’t just cause uncomfortable symptoms.

It may also result in serious damage to the villi lining the walls of the small intestine. Villi are small, hair-like projections that allow you to absorb nutrients from food.

Over time, damage to the villi can contribute to loss of calcium and bone density, lactose intolerance, malnourishment, infertility, neurological disorders, and even certain types of cancer.

Among children who have celiac disease, poor absorption in the small intestine can have a permanent impact on growth and development.

Celiac disease has no cure. However, for the majority of sufferers, following a gluten-free diet can provide relief from symptoms and promote a healthy small intestine. 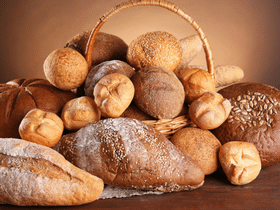 Researchers have identified several genetic variations that appear to increase the risk of developing celiac disease. Although, having these genes doesn’t mean you’ll necessarily develop celiac disease, which is why researchers think there may be additional factors involved. 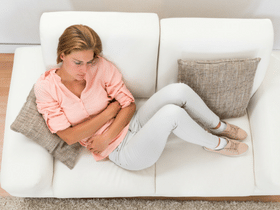 Celiac disease is not the same as having a food allergy, and so the symptoms are not those that are typical of allergies like itchy or watery eyes or having a hard time breathing. In addition, symptoms vary a lot between children and adults.

Among adults, some of the most common signs of celiac disease include fatigue, weight loss, and diarrhea. They may also experience gas, bloating, abdominal pain, nausea, vomiting, and constipation.

In addition, more than half of all adults with celiac disease experience non-digestive symptoms, including:

Among children, intestinal problems are far more common than they are among adults. These symptoms can include bloating, nausea, vomiting, diarrhea, constipation, weight loss, and pale, foul-smelling stool.

Older children with celiac disease may experience short stature and delayed puberty. Children may be at an increased risk of headaches, attention-deficit/hyperactivity disorder (ADHD), learning disabilities, and seizures.

Of course, not everyone with celiac disease experiences the same symptoms. Some people do not have any symptoms at all, which can make diagnosis challenging. 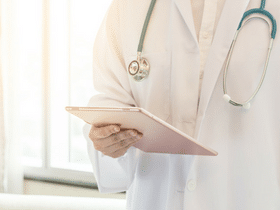 Studies suggest that as few as one in five people with celiac disease are ever diagnosed. There are two blood tests which doctors use to diagnose celiac disease:

If tests results suggest that you have celiac disease, your doctor might order an endoscopy in order to check for damage to the villi in the small intestine.

It’s important to book an appointment with your doctor to identify whether or not you have celiac disease before starting a gluten-free diet, as eliminating gluten may affect the test results. 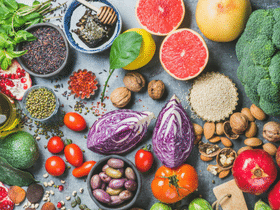 The only available treatment for celiac disease is a strict gluten-free diet. This means avoiding all foods that have gluten, including bread, cereals, baked goods, pasta, beer, and prepared soups, among others.

A dietician can help you to understand how to eat healthy on a gluten-free diet. Your doctor might also prescribe supplements to address nutritional deficiencies.

In addition, gluten is a common hidden ingredient in both over-the-counter and prescription medications, preservatives, supplements, lipstick, toothpaste, mouthwash, and envelope glue.

People with celiac disease need to take care to avoid these products as well. Even trace amounts of gluten can cause damage to the villi.

Once you stop eating gluten, inflammation in the small intestine lessens quickly. You might start to feel better within a few days or weeks.

It can take several years for the villi to fully heal, though. This process happens faster among children.

Learn more about common gestational tract problems, and how to care for them, by clicking here.